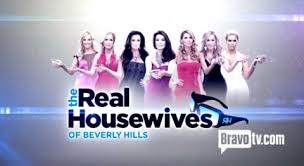 After such a hectic week in Vegas, the girls are all gearing up for  Lisa’s Tea Party. I just love how this week, the focus is basically on Lisa. :D. Kyle decides it is now time for her and Lisa to have that well needed talk as their friendship seems to on the rocks. We see her explaining to Mauricio (who after attacking Brandi we have not seen much of) that she doesn’t want this friendship to end because she cares for Lisa. She visits Lisa at Villa Rosa (the name of Lisa’s mansion as that is clearly not just a house.) They immediately engage in the discussion of what went down in Vegas and how much of a low blow that was on Camille’s part.

The two go back and forth for what seemed to be a whole hour. Lisa’s point is that regardless if she can handle herself, if Kyle is her true friend then she should still jump in. Kyle on the other hand says Lisa didn’t really need her because she shows such strength and does well in defending herself. (Both these ladies have a point and it’s real hard trying to pick a side even though I love Lisa dearly) Tears start flowing as Kyle gets rather emotional because she feels like she’s always in this position. They both agree to move on and have each other’s backs from now on. (This scene was extremely painful to watch as these two have been so close even before the show, it would be a shame to see their friendship crumble because of it).

Who Is Adrienne Maloof In This World?

Brandi pays Yolanda a visit at the equestrian ground for a little chat. Brandi opens by thanking Yoland for being in Vegas and for trying to diffuse the argument at dinner. Yolanda (who by now knows exactly what went down at the reunion and why there is a problem with Adrienne and Brandi) gets down with Brandi. Yolanda highlights she is not a fan of what Adrienne is doing and thinks it is utterly a show of “who has more power“.

Yolanda slays when she says “Adrienne is a very insecure woman….Who’s Adrienne Maloof in this world?“ Only to reaffirm that her husband is David Foster, 16 times grammy award winner for song writing and procuding, so if she isn’t even showing off, Adrienne shouldn’t. This was followed by a “compared to others in this world…..

Brandi is just basically there agreeing and is glad someone else is on her side. I knew there was a reason I liked Yolanda.

It is  now the day of the tea party and where everything is about to go down. All the ladies, with the exception of Yolanda and Kim, will be attending this little mixer and have a chance to iron out their issues. First to arrive of course is Brandi (Lisa’s new bestie) followed by Taylor. They all have a few laughs and Lisa asks them to keep things under control, meaning no drama. We’ll see how that goes. One by one the girls file in and the awkwardness begins.

Adrienne, Kyle and Faye (who wasn’t invited by Lisa) all turn up together. The girls sit down and all seems to be going well until Ms. Taylor Armstrong (who by now is tipsy) drops the lawsuit. Look at her face when she does it. Priceless!!!! LOL

Anyways, due to Taylor’s meddling, Brandi and Adrienne are forced to deal with their issues. To everyone’s surprise, Adrienne claims she isn’t suing Brandi. Now, for weeks now we have been hearing about this lawsuit and now Adrienne claims this is false. So are we to assume Brandi’s lawyer is lying? They go back and forth and Adrienne is once again trying to make Brandi look bad. surprisingly Brandi keeps her cool and like a referee calls for a

Adrienne is barefaced lying right now as Brandi has proof that she is in fact being sued. More stuff is brought up and then the the beast in Brandi came alive after Adrienne tries to call her out once again on some Twitter beef.

Brandi’s face says it all. Adrienne Maloof is lying through her teeth. Brandi gets up and walks away because she knows she has the proof to put Adrienne to shame. The party obviously ends here as the argument comes to a halt.

What’s next for the wives?

Tune in next week.

Realist. Gobby. Juror #8. Follow me on twitter @keirnthomas. I watch a lot of tv and have a lot to say. View all posts by Keirn