After the whole blowout that took place in Vegas last week, everything seems to be going back to normal in the 90210 District. We know this won’t be for long. Jax is seen at Lisa’s house (Villa Rosa) along with Peter, preparing for what seems to be another Tea Party. (This party will be the set for Real Housewives of Beverly Hills next week which will feature the whole Adrienne and Brandi showdown.) Lisa sits Jax down and decides to speak to him about what happened in Vegas. (Doesn’t Lisa know the rule – what happens in Vegas stays in Vegas? LOL). Jax looking all remorseful, proclaims his regret for what happened and swears it will never happen again. A very upset Lisa tells him she is going to call a mandatory staff meeting in the week, so all the issues can be ironed out. –cues dramatic music– Jax almost breaks out in tears while talking to Lisa because he realizes Stassi is really over him. (Or is she still hung up on him?) 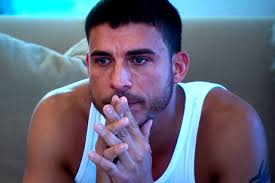 Stassi meets up with her mother for drinks and immediately the whole Vegas thing came up. (I guess the Vegas rule doesn’t apply in real life) Her mom begins to tell her she knew from the getgo that they weren’t right for each other and the break was bound to happen. Stassi announces to her mom that she an Frank have gotten ‘close’ and her so called besties Kristen and Katie are not on her side and are sticking up for Jax. (I’m still wondering why this is so. I guess it serves fore more drama).

Scheana is seen with two friends going to a recording studio. (Eyebrows raised immediately). She tells us she will be opening for friend of hers, Tina, who works at Villa Blanca. (I guess everyone can sing these days -hides-) The producer asks her to run through the  song and as much as I love Scheana, that was a horrible take. LOL. She asks if when she is going to perform, if she can get her mic autotuned. LMAO!!! Scheana just kills me. (prays the performance goes well)

The Tables Have Turned

Now that Jax and Stassi are over, Jax has moved on to the next thing. In this case, Laura – Leigh. Laura-Leigh is another Sur employee and a ‘friend’ of Stassi’s. (Wasn’t Jax just now crying to Lisa about how he messed up with Stassi and he still loves her?…this is too funny) Anyways, the word quickly spreads at Sur and everyone now knows that Laura-Leigh and Jax are ‘shagging’. Stassi shows up at work and realises she is stuck working with everyone who is against her at this point. She tries to get out but Peter tells her she has to stick it out.

Everyone is  then invited to Kristen and Tom Sandovol’s house for a little get together. Everyone except Stassi of course. (If there is no Stassi, there is no drama it seems). Even Scheana is invited. :O. Wasn’t aware that they liked her but I guess whatever it takes to exclude Stassi. Laura-Leigh gets her screentime when she tells everyone about all the horrible texts Stassi has sent her. (Stassi is confusing me. Why should she care that Jax has moved on, when she did the same?) Scheana is too happy at this point and doesn’t feel bad for Laura-Leigh because she thinks she brought this on her self.

The boss, Lisa, walks in and slams the door. Everyone is on edge as  they know not to mess with Lisa. She tells them how upset and annoyed she is at what happened in Vegas, especially since thing got physical. Jax decides to take full responsibility for his actions which is about time as he wasn’t supposed to be in Vegas. A very distressed Laura-Leigh could not hold anything back and explodes.

Stassi is shocked at Laura-Leigh’s behaviour and is still being a b_tch about what she did. Scheana is there in the background just soaking everything up because now the heat’s on Laura-Leigh. Laura-Leigh calls out Stassi on being a ‘ghetto bitch‘ and even Lisa concurs. They go on and on and on and on…until Lisa shuts them up. She lets them off with a warning, so you know another slip up from anyone will be lead to an immediate firing. 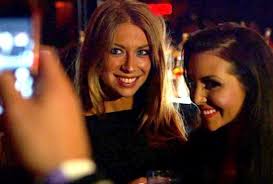 It’s the night of the show and Stassi decides she has to go to make fun of Scheana. She attends the event with two other Sur employees because no one else really speaks to her and they sit in a different section. Everyone else is there to cheer Scheana on which is quite a good thing to see. Scheana goes on stage and kills her performance. Stassi is in awe and has to applause because she really could not believe that Scheana was that good. The gang runs to congratulate her and Stassi thinks she has had enough and needs to leave. (I mean, no one is talking to her so the girl feels uncomfortable. Or maybe she just wants the attention on her?) She walks out and Scheana goes up to comfort her. :O (While shocked at this, I knew it was bound to happen.) They talk and a friendship seems to be developing. They even pose for a picture to record  the moment.

A good way to end this week’s episode I must say.

Next week promises to be one to never forget. Hint: Stassi and Frank seem to be heading into SPLITSVILLE.